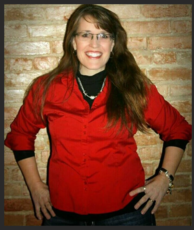 Annette has served her community over the years by volunteering with many municipal and county organizations including but not limited to the City Council, Rescue Squad, Library Board, County Tourism Board, Chamber of Commerce, The American Legion Auxiliary, VFW Auxiliary, as well as the USO of Illinois, and Operation Homefront.

She is a National Rifle Association Institute for Legislative Action Election Volunteer Coordinator in the Illinois 18th Congressional District.  Additionally, she is First Aid & CPR trained, has a strong background in Leadership & Management, Resiliency, and Suicide Intervention Training.

She currently lives in a small town in central Illinois where she and her husband have raised two children and enjoy being Oma and Pappy to their step-grandchildren.  While Annette retired from the NAPSI Board of Directors in 2020, her contributions to NAPSI remain an integral part of the organization to this day.

NRA Refuse To Be A Victim Instructor

Annette took her first firearm safety class when she was seven years old and had her first opportunity to compete on a state level later that year. As a child, Annette enjoyed hunting with her dad and now, as an adult, one of her favorite pastimes is shooting at the range with her friends and family.  She is the owner of Pistol Prep Academy, a training company located in Central Illinois, where she has a terrific team of instructors who work with her in offering an incredibly diverse list of coursework and event options.

Ms. Chapman has been with her husband and best friend, Harold, for over 20 years. They are a military family in which Harold wears the boots as an active duty member of the Army National Guard.  Annette worked as a civilian contractor with the National Guard for seven years and now continues to volunteer with her husband’s unit.